The winners of the 2016 Talent Unleashed Awards were announced at an awards event last night in Sydney, with Apple Co-Founder Steve Wozniak and Talent Founder and Executive Chairman Richard Earl crowning four APAC firms as the five global category winners. 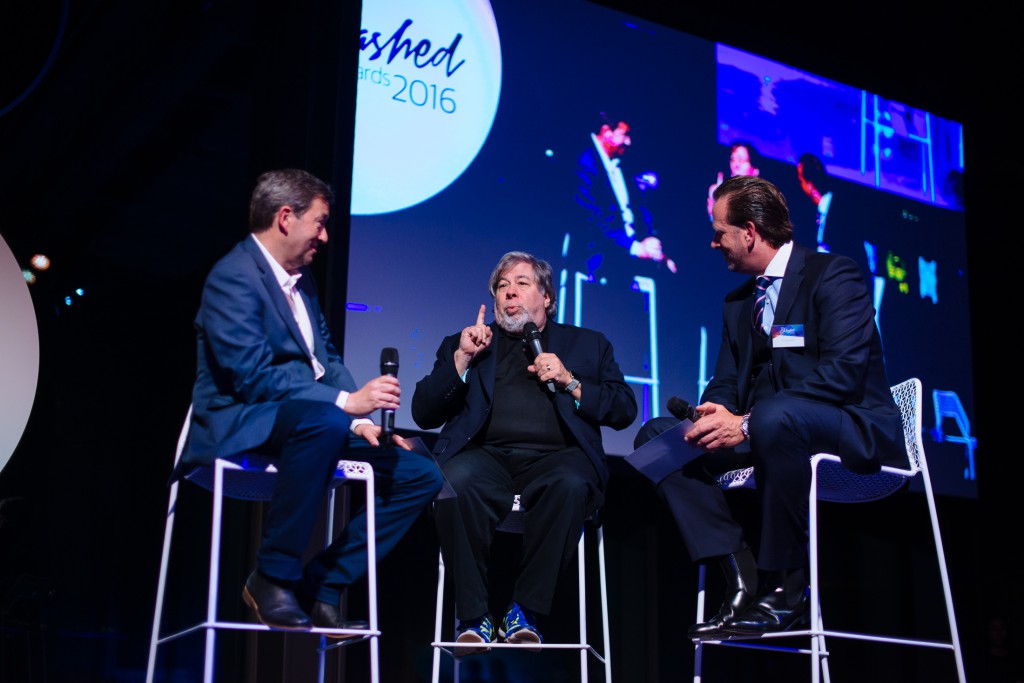 The awards are convened by Talent, an Australian technology and IT services recruitment business now operating in six countries globally. 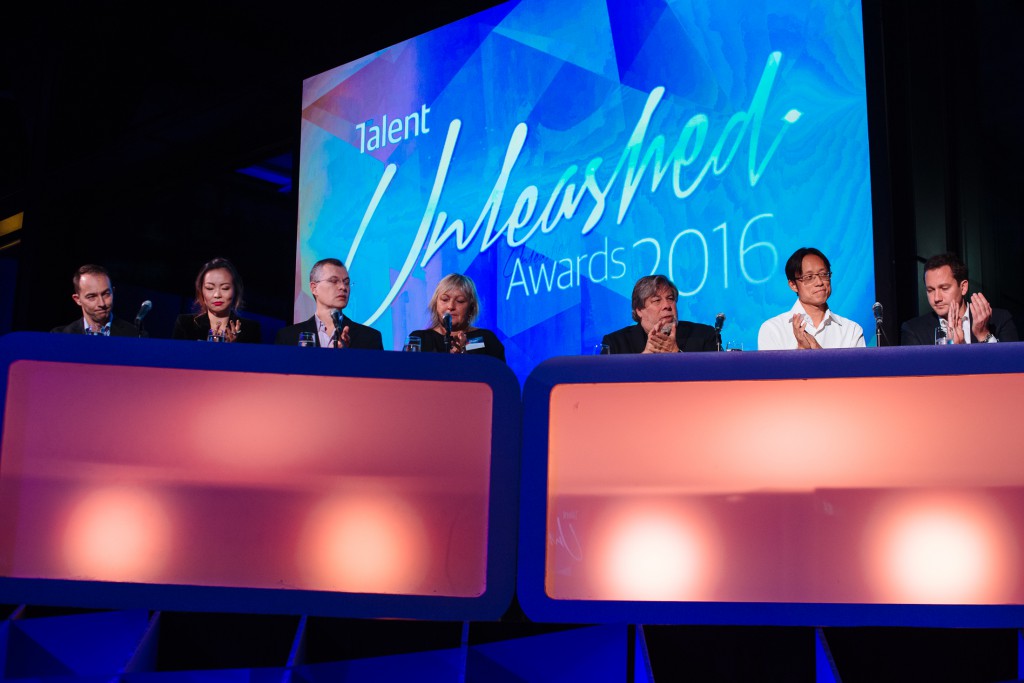 In comments at the award ceremony in Sydney, Mr Wozniak recognised the finalists focus on giving back to the community.

“Almost every one of these contestants had things that were all for good, for public good, for health, helping people get things in their life,” said Mr Wozniak “I almost want Anna Cares [CleverTar’s flagship Product] for every little kid – for education as well as for the elderly.”
Mr Wozniak also reflected on the passion for innovation which has driven his continued involvement in the Talent Unleashed Awards over the past three years.
“I decided to judge these awards because innovation is so key in my life, especially young people who are humble and just have an idea, and they have ideas more than they’ve ever had any big wealth or success in their life – their ideas are really good. I love to follow good ideas – I’m more interested in interesting people and interesting things, than all the big well made people with power and wealth.
“Entrepreneurs who are told ‘what you’re doing is good, we notice it, we’re even going to give you awards for it,’ they think, ‘oh my gosh, I want to keep doing good things, it’s positive feedback.’”
The five global category winners were chosen from the regional winners in each of the five categories of the Talent Unleashed awards, and selected following a rigorous process judged by a distinguished international panel including Mr Wozniak and Virgin Founder, Sir Richard Branson.

Speaking at the awards, Founder and Executive Chairman of Talent, Richard Earl, said that more needed to be done to promote the start-up sector in Australia.

“The Australian start-up sector is malnourished, the result of a generation of politicians and the private sector focusing on their personal agendas,” commented Mr Earl.

“The greatest technology capitals of the world – London, Silicon Valley, Berlin and Tel Aviv – have one thing in common, an ecosystem of supporting infrastructure and talent required to support and grow the technology sector,” he said. 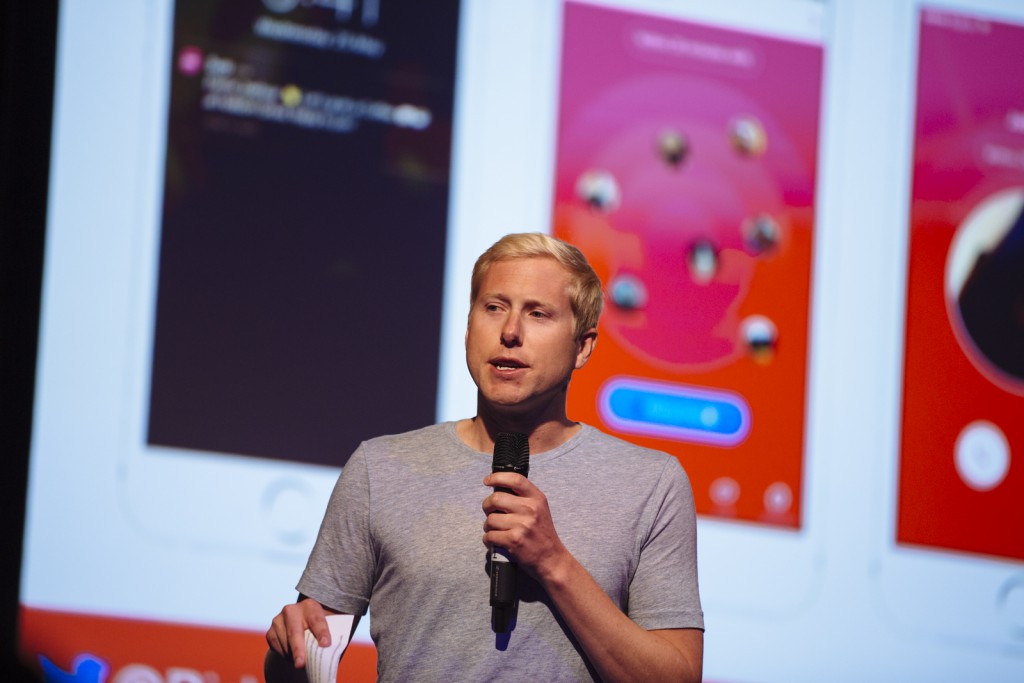 “Here in Sydney, and Australia more broadly, we have one half of this equation – a lucky country which offers one of the best lifestyles in the world.

“What we’re missing is a concerted effort by government to bring together the ecosystem into one location. But it’s also up to the private sector to provide support. That’s why I’m incredibly proud tonight to announce that Talent will be creating a $1-million-dollar fund of discounted recruitment and HR advisory services.

“As the individuals competing tonight have demonstrated repeatedly, great ideas are nothing without great people to build and execute them,” said Mr Earl.

As part of their prize, the five global winners will travel to Silicon Valley for an exclusive tour of some of the world’s leading technology companies and receive individual time with Steve Wozniak to be guided on their innovation journey. 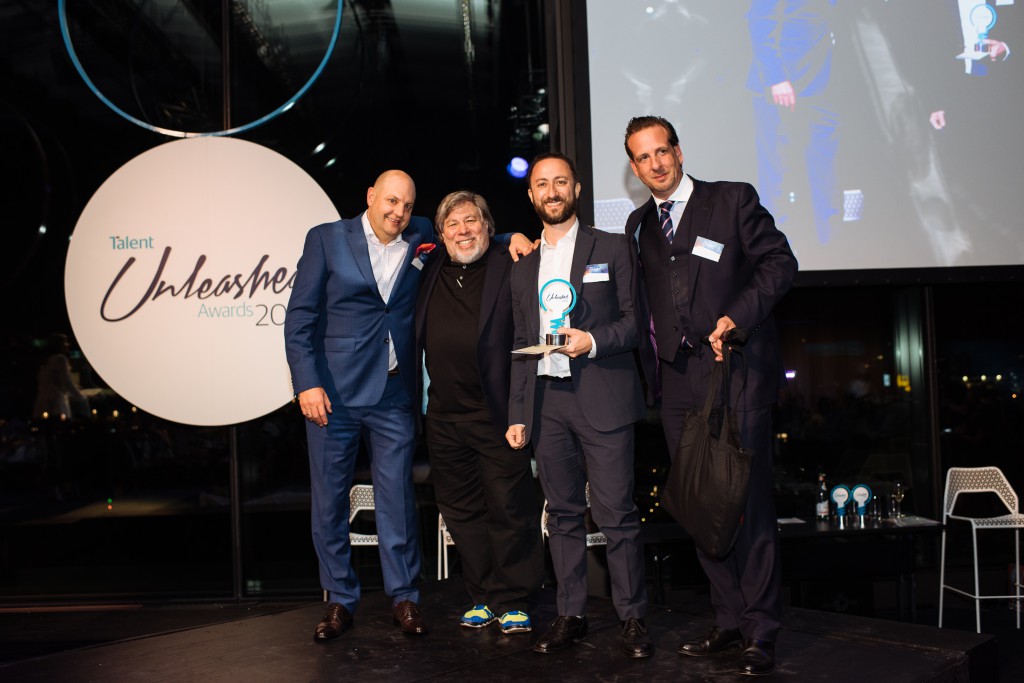 ODOCS Eye Care (APAC)
oDocs Eye Care is a social enterprise that focuses on the development and distribution of affordable smartphone based technology for primary eye care. The company was founded in 2014 by two eye doctors and launched its first open-source retinal camera project which received global attention and gained more than 3000 clinical users in less than a year. 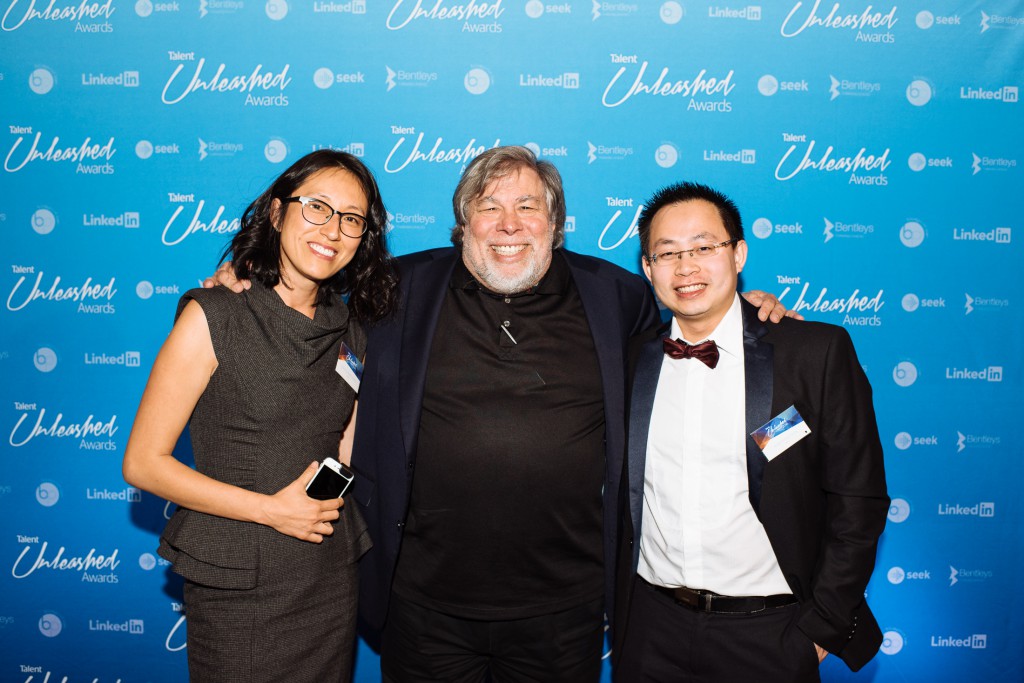 Clevertar (APAC)
Clevertar is an Australian health IT company that introduces relational agents – ‘clever avatars’ – to care environments, supporting patients with chronic conditions at a fraction of the cost of human intervention. Its flagship product is Anna Cares™, a SaaS platform designed to motivate patients towards better adherence – the single largest factor in preventing avoidable hospitalisation. With ‘Anna’, Clevertar addresses the structural economic and care crises facing ageing population. 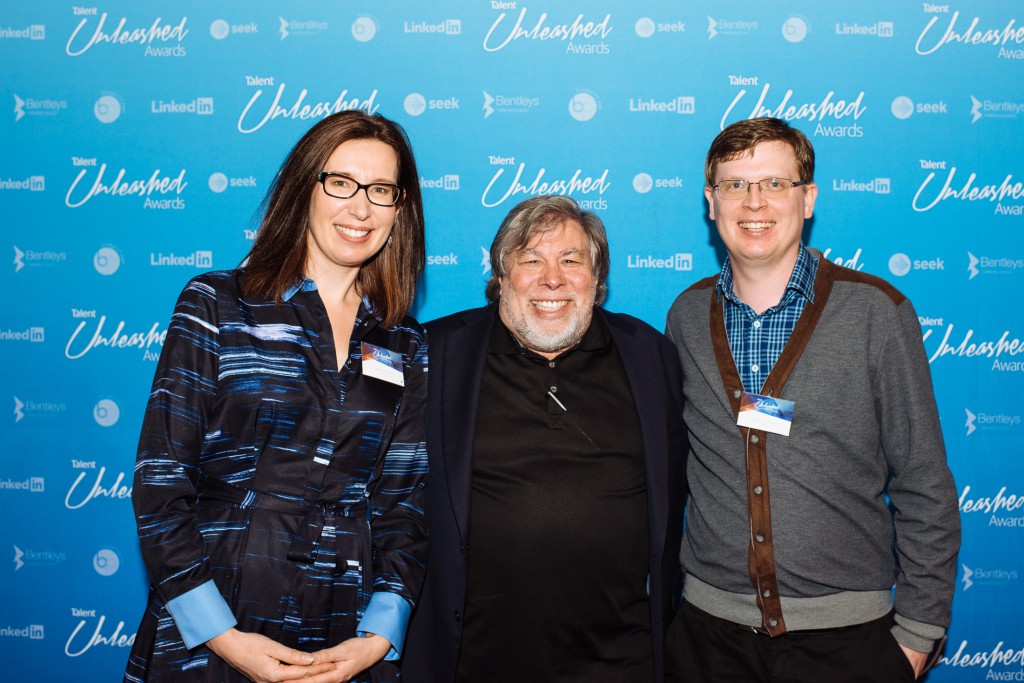 Therapy Box (UK & Europe)
Therapy box provides augmentative communication solutions on mobile devices. They seek to apply the latest innovations in app development to meet the needs of those who have communication difficulties due to a range of disabilities. The flagship text to speech app ‘Predictable’ is designed to give a voice to those who are unable to use their own. They also have a range of educational apps to help little ones develop their speech and listing skills.

Neal Cross, DBS (APAC)
Neal leads the DBS Innovation Group (DiG) a team of influencers that fosters the spirit of innovation throughout the bank. He drives the bank’s innovation agenda across its key axes of growth, namely, Greater China, Southeast Asia and South Asia. Working with internal stakeholders and external collaborators, Neal charts a next-phase innovation roadmap for DBS to enhance customer experience and better engage the bank’s customers in the digital landscape. His vision being to turn the bank into a Fintech company by embedding the digital mind-set of a start-up across the entire banking group. In his spare time Neal has built a social enterprise hotel in the Sumatran jungle to help save the critically endangered Sumatran Orangutan and to give local villagers jobs and education. 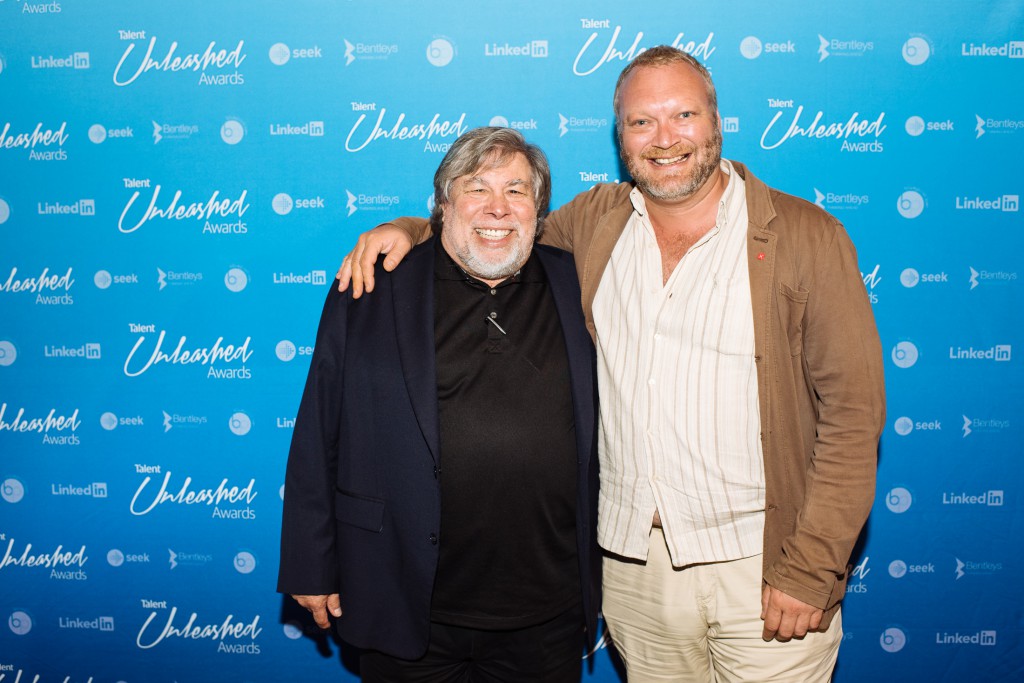 ResApp Health (APAC)
ResApp Health Limited is a digital health company developing smartphone applications for the diagnosis and management of respiratory disease. The company was founded in December 2014 and listed on the ASX in July 2015 with a A$4m raising at 2c. In April 2016, the company raised A$12.5m at 20c. In the nine months since listing, the share price has now risen >1,800%. 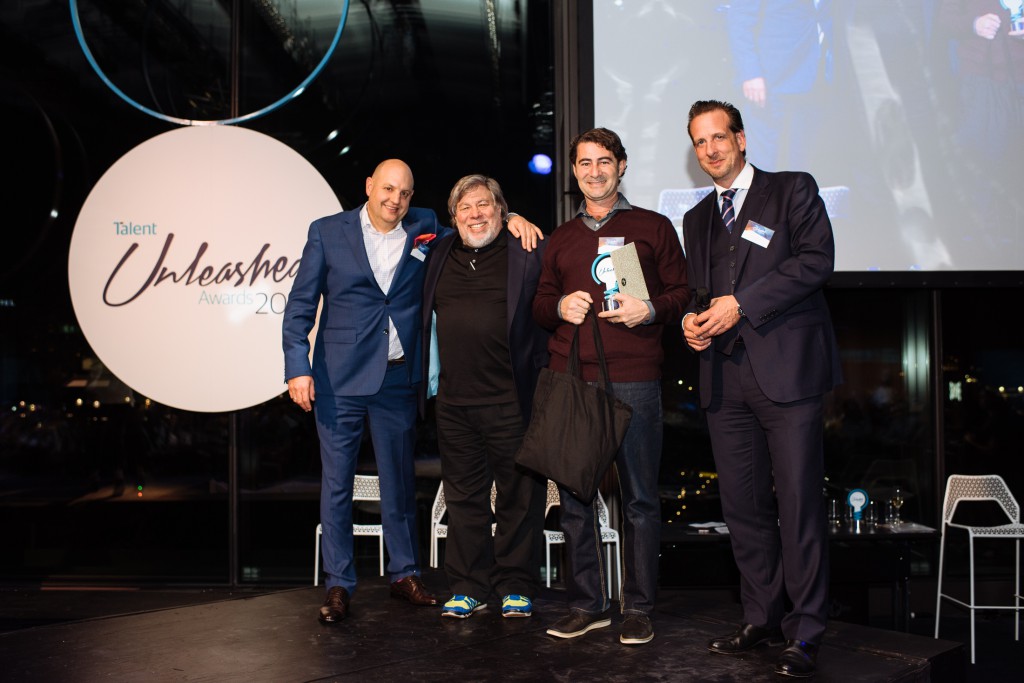 The Talent Unleashed Awards are sponsored by – Linked In, Seek, Kinetic Super, Bentleys, BluePrint Law and TRS with all sponsorship monies being donated to Talent’s Foundation Talent RISE.